Rangers lose both games in opening round 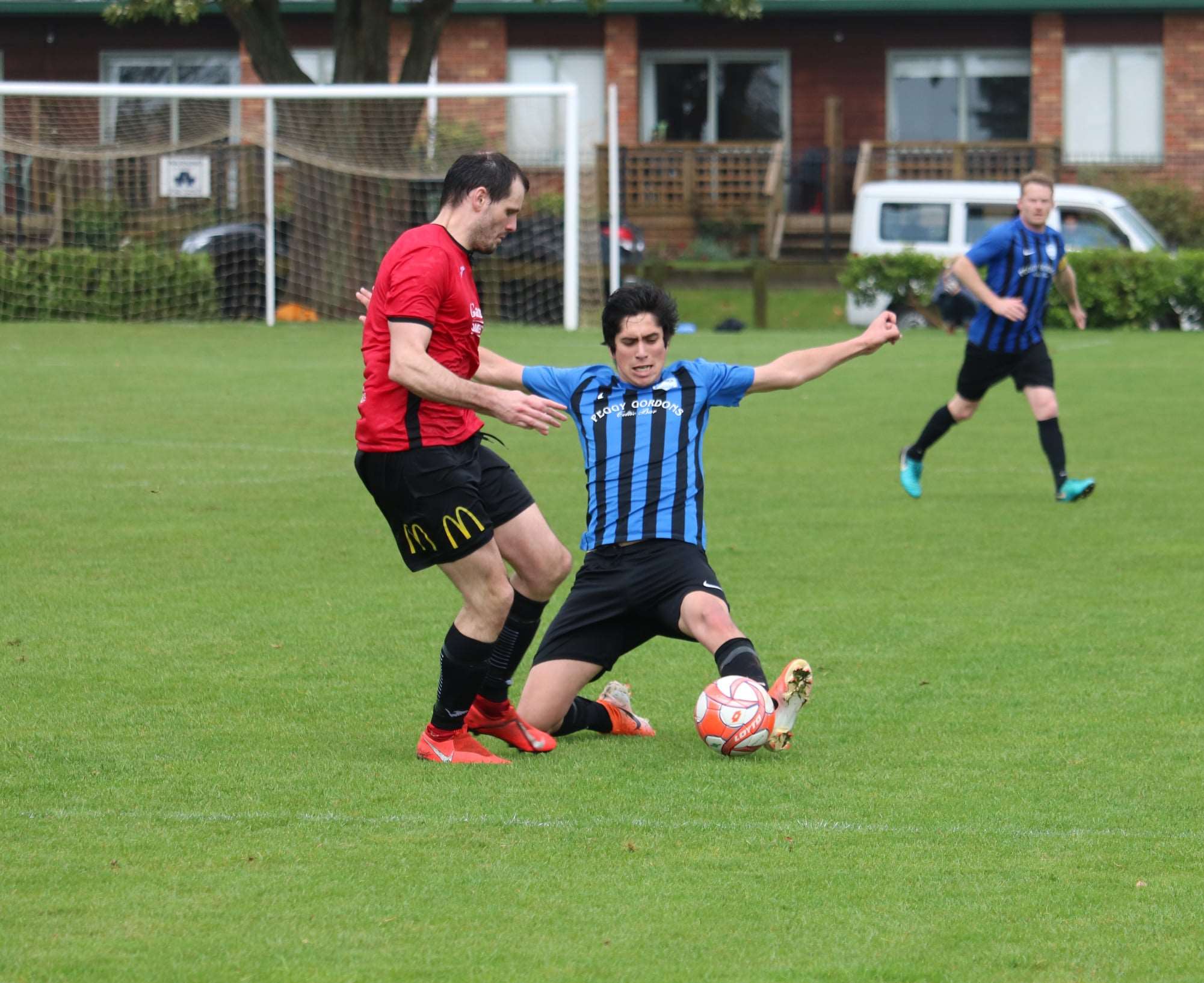 The squad was decimated over the off season by the loss of 12 players and not being able to bring an import from the UK as in previous year. New coach Matt Hastings and assistants Andy Hamilton and James Malthus have garnered a squad of players averaging just 20 years of age, with just four regulars from 2020.

Seven players debuted at this level for the first time.

It was no surprise that Massey, despite having defender Rhys Galyer red-carded after three minutes quickly took control. From a corner on 12 minutes Joseph Freeman rose highest to steer a header past 16-year-old goalkeeper Riley Peters to take an early lead.

Despite the man advantage NP Rangers failed to make that pay and on 27 minutes Dom Rankin increased Massey’s lead to 2-0 The game became a bit niggly without getting out of control with FIFA referee Campbell Waugh (back in Taranaki after a number of years away) issuing several yellow cards to both teams.

Niall Leggett had Ranger’s best chance in the first half with a 30-metre shot which Massey goalkeeper Tom Johnston pushed away.

In the second half Massey’s control became easier when Oisin Ammundsen was dismissed for a second booking in the 64th minute. Rangers’ discipline worsened later in the second half when Reuben Warburton followed his teammate for an earlier shower for his second yellow card.

Massey wrapped up the game with a third goal 12 minutes from the end with a superb individual goal from substitute Zachary Farmer who weaved past two defenders, leaving them on the ground, to fire in the winner.

Johnston in goal and Farmer when he came on were Massey’s best players.

Oskar Wano worked hard on his debut at this level with the experienced duo Taku Warren and skipper Devan Leggett both played well.

Going forward the inexperienced NPR side will need to improve their discipline and find some goalpower to get their season going. The next test was a Federation Cup game on Easter Monday against Western Rangers from Hastings before an away fixture against last season’s cellar dwellers Levin next Saturday.

New Plymouth Rangers women's team embarked on their first ever match at Central Federation League last Sunday against Massey University. Like their male counterparts on Saturday the University team was on the front foot early.

Early pressing and cohesion for Massey led to a quick goal for the dangerous Sara Gurnick within the first 5 minutes for the visitors before NPR managed to get on the ball and create some opportunities for themselves. High turnover of possession then proceeded before Holly Kleinsman following up from a shot managed to bundle the ball over the line to bring the score to 1-1.

Massey continued to win more of the ball in the midfield and was able to penetrate through the NPR defence line. This saw a further three more goals from Gurnick, Eva line Bruce and Micaela Reyes before the break for Massey and a comfortable lead of 4-1.

After the break an early turnover of possession led to Massey increasing their lead to 5-1 through Melissa McKenna, before NPR began to win more midfield ball and build some confidence. Tireless running from Zara Erol Watt and Holly Kleinsman helped NPR to begin to probe and the introduction of Lily Dowsing and Emma Macarthur helped to provide greater ball and options. Despite beginning to create more opportunities, against the run of play Massey added to their tally with Sara Gurnick completing her hat-trick to make it 6-1.

NPR continued to press forward and was rewarded for their endeavour with two goals within the last 10 minutes. One was a lovely team goal with good work from Saskia Pelham and Ruby Hales down the left before a cross eluded everyone apart from Lilly Dowsing who calmly stepped inside her marker and finished with her left foot. A few minutes later a through ball into the right hand side of the penalty box was lashed in first time by Holly Kleinsman to make the end score 6-3 to Massey.

Rangers have a very young side with an average age of under 20. Coach Andrew Moore said the team learned how tough it will be to compete in this competition, but they have good belief in the ability to improve and work hard.

“Massey is a side that wants to play positively, like we do and we saw today how you can execute that. The last 20 minutes of this game was encouraging and if we can adopt the same level of intensity earlier and for longer, we will improve.”

It was a great learning curve for the girls and Moore was please to have a good crowd supporting us.