Plenty of talent across premier squads 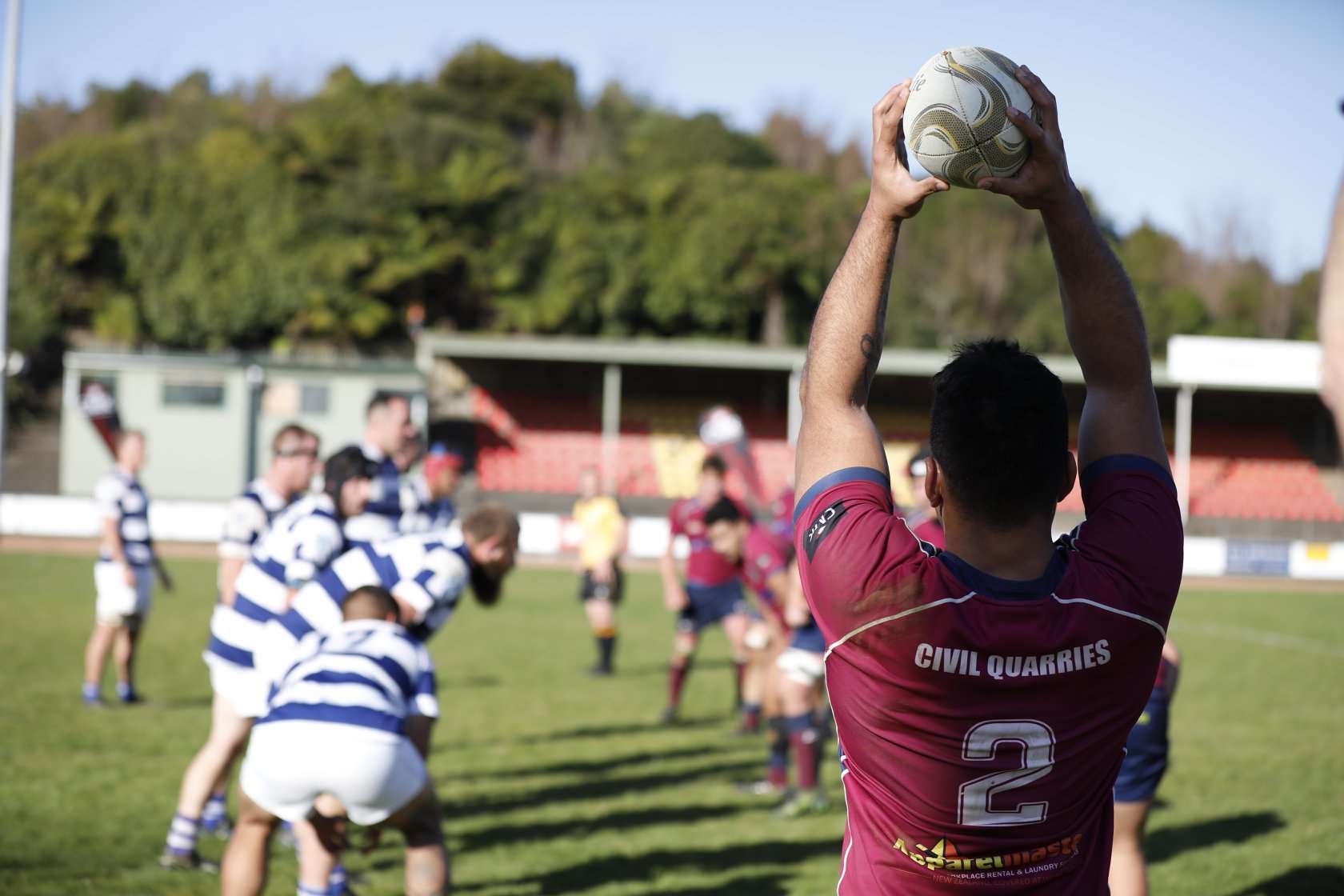 Sports News Taranaki looks at each premier club rugby team ahead of the opening round this weekend.

Stratford/Eltham coach Ross Williams named a large squad of players who are keen to be in the mix for this season. It has recruited former Whanganui Collegiate halfback Adam Lennox and former Palmerston North Boys’ High School midfielder Lafo Ah Ching to join a very committed group of local players. It welcomes back Alex Mitchell, James Millar, Simon Childs and Daniel Bishop. The squad also features many Taranaki academy players. Midfielder Nathan Clough will captain the team again and will be supported by prop Kyle Stewart, who is back after a season in Manawatu. Last year, Stratford/Eltham made the semi-finals but were beaten by Tukapa. It has the potential to become a top four team again this year. Williams said the team will work hard to reach its potential as a group and have fun along the way.

After winning the condensed season last year, defending champions Tukapa hasn’t found it difficult to re-recruit its players. In fact, new coach Nathan Lawrence and returning coach Ben Sifleet named a very experienced squad that will feature Taranaki representatives including Mitchell Crosswell, Leighton Price and Jayson Potroz. It also includes solid club experience that will ensure it’s up for another title this season. Pomare Samupo re-joins the squad and will add to his 140 games of experience. Scanning the rest of the squad, there doesn’t seem to be too many new players in the group, but New Plymouth Boys’ High School pivot Tom Cutler joins the squad who will soak in the experience. Tukapa will be captained again by midfielder Henry Miles, who is respected on and off the field, co-coach Ben Siffleet said.

After winning the competition in 2019, last year was a disappointing year for Spotswood United. But with a new coach there is hope for the New Plymouth club, who always play with immense pride and passion. It is missing a couple of key players with prop Jared Proffit gone to Clifton and first-five eighth Josh Jacomb moved to Inglewood. That leaves a big gap of experience in the squad in those positions. It will rely on Warwick Lahmert, Tristan Lahmert, Jacob Bourke and Sione Sifa for leadership. There is a smattering of potential throughout the squad which includes former New Plymouth Boys’ High School winger Kusitino Drauna joining the squad. The club will be down a field this season with the demolishment of the East Stand at Yarrow Stadium taking out the number two field.

Daniel Brooks has joined existing New Plymouth Old Boys coach Andy Slater for the 2021 campaign. Despite missing out on last year’s finals, the side has picked up several players including former Taranaki player Codey Rei who has returned from a stint in Japan.

Taranaki players Daniel Waite and Brayton Northcott-Hill will return from injury in the early rounds of club footy to strengthen the backline. While Jayden ‘Dog’ Ford alongside Dean Stewart will return to the squad and will provide plenty of experience in the tight five.

Last year's NZ Under 20’s players Kaylum Boshier and Tupou Va’ai will have limited availability during the season dependent on their representative commitments. The remainder of the forward pack will comprise of existing talent of Mitchell O’Neill, Michael Loft and Toby Burkett. In the backline, Shaan Waite returns whilst newcomer Alex Rowlands joins the club. The rest of the squad remains the same with Adam Smith and Jahmarl Weir to add excitement in the back line. Other new players have come from the Division 1 side.

Clifton secured a mammoth 41 players in its premier squad. No doubt they will also play across the premier and Division 1 team, but the depth is incredible by the club. It features 10 new players including former Spotswood United prop Jarred Proffit and former New Plymouth Boys’ High School hooker Nacanieli Raniu. Taranaki midfielder Teihorangi Walden will join his father, Toka, in the squad. But with Walden injuring his archillies in a Taranaki match last year, his playing could be restricted until the second round. Trent Pickering and Keani Broughton both moved up from Southern to join the team. Utility back Matty McKenzie re-joins the squad after a stint in Southland along with Cole Blyde. Prop Abe Hira will continue with the club. The veteran’s experience is crucial for the younger players coming through. Former Hurricanes prop Mike Kainga is also part of the team again. Clifton’s last title was in 1999 and with many top four finishes since then, they are more than capable with the calibre of players in the squad.

Coastal’s summer recruitment campaign is something to admire. Last year’s semi-finalists found 11 players to join the large premier squad including former Hurricanes prop Ben May. The club will also use halfback Logan Crowley, who spent the last few seasons in Southland. His provincial experience will be an asset to the club with his great pass and vision. Any gap and it could be deadly. Versitile back Denzell Sofeni-Calder is a young player to watch for with his electric pace, great vision and skill. Beni Kalin returns to the club after being away for four years and will look to capitalise on his strong defence and carries. Also featured in the clubs are committed club men like Liam Hurley, Andrew Trolove, Dylan Schuler and captain Jeremy Newell just to name a few. Expect Coastal to be a top four team again.

Southern will finally celebrate its 25th anniversary this year after it postponed the event last year. Its squad is established with plenty of its key players back. That includes Lewis and Jackson Ormond, Brent Aston-Landers, Cody McGrath, Daniel Hornby and Sean White. The nuggety club also features some new players who will want to make an impression this season. The Hawera-based club will be coached by Kepa Grindlay again for this season and assisted by Matt Sandford and Daniel McKerrow. It is capable of a top four finish this year if it can execute in key areas. Traditionally Southern start well in the competition. Southern will want to fire in its important year, which will be celebrated on Easter weekend.

Inglewood has a largely settled squad, with backs Luke Brown, Lachlan Bunn and Michael McDonald the only major names missing from last year's beaten finalists. The team is really thrilled to have promoted a number of players who have come through the club, with prop Bradley Whitmore and midfielder Wes Harvey prime examples. There are also a number of local players returning to the club from university, such as utility back Cody Chilcott, and flanker Corbyn Fabish. Other new additions include Chiefs U-20 first-five Josh Jacomb, outside back Salesi Havea and midfielder Louis Devery. Other key players for the season are co-captains Johnny Faletagoai-Malase and Ben Sapwell-West, the front row of Crusader Faletagoai, Millennium Sanerivi and Shem Setu, loose forwards Christian Faavae, Jack White and Rhodes Featherstone,and experienced backline generals Avon Lewis and Cody Hall. Key matchups throughout the season will be the rematches of last year's Grand Final against Tukapa, and games vs Coastal are always a stern test, particularly the first-round fixture at Rahotu.