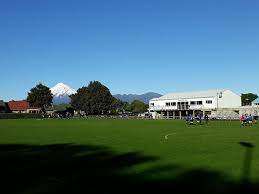 Peggy Gordon’s New Plymouth Rangers host Gisborne Thistle in the Central Federation League at Merrilands Domain this afternoon.
NPR goes into the match on the back of a 3-2 win over Levin last weekend. The youthful squad will be looking to build on that although have a few injury and unavailability issues.
Tyler Snow suffered a foot injury in the opening game against Massey and is likely to miss the next two weeks. Taku Warren suffered a broken nose in the same game but should be back in the squad next week. Jack Thomas is doubtful (foot injury) and with David Garner (paternity leave) and Isaac Burroughs (away) resources are stretched.
Sam Jiggins and Luke Snellgrove could come into the squad.
Gisborne Thistle returns to the league this season after several years away. They got off to a flying start last week with a 3-0 win over Wanganui Athletic but will be an unknown quantity to the local supporters.
Coach Andy Hamilton watched a video of the match on Thursday night and will be looking to pick up on their strengths to counter them.
The kickoff is at 2.45pm.

The New Plymouth Rangers women’s Federation League team travels to Whanganui to play the local team tomorrow (Sunday). Coach Andrew Moore was pleased with the performance from his team last week against a strong Palmerston North Marist team in which they secured a 2-2 draw. Marist beat Whanganui 6-2 the previous week.
Whanganui coach Steve Taylor was at the NPR game last week looking at their strengths. Goalkeeper Sophie Campbell was in fine form as was striker Holly Kleinsman (2 goals from 2 games), Saskia Pelham and Jess Browne.

The Taranaki Premier League is into the second weekend and FC Western (12-0 winners over Woodleigh) and Peringa (8-1 over Inglewood) have set the early pace.
There are a couple of good matches to look forward to. NP Rangers v Moturoa is the curtain-raiser to the Federation League match at Merrilands Domain and is always a fiercely contested ‘derby match’. Moturoa should prove too strong for NPR.
For newly promoted Kaitake it doesn’t get any easier after losing emphatically to Moturoa last week as they visit Peringa United. Peringa should prevail.
In the other matches in the second round, FC Western should be too strong for Inglewood; likewise NP Boys High should conquer Waitara. In the final game, Eltham and Woodleigh should be close with the home side likely to edge out their New Plymouth visitors.