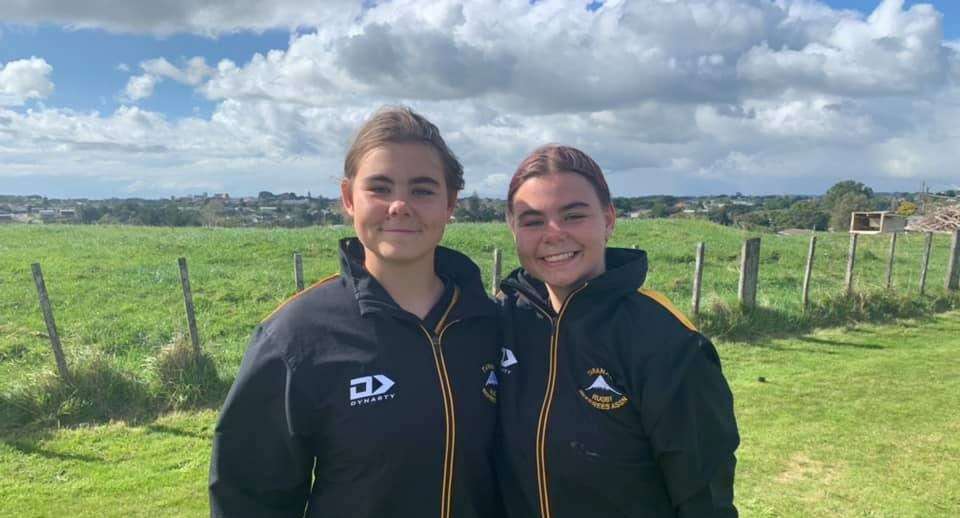 There will be no illusions for spectators and rugby players this winter when two new referees turn up.

Stratford’s Amber and Hayley Storer are new referees on the block, and some might double take at the new venture.

The 14-year-olds are identical twins and when they controlled their first match a few weeks ago, barely anyone realised they refereed a half each.

The pair decided to take up refereeing after their high school matches are now played on Sundays. It also doubles to improve their knowledge of the game and performance.

“I had a lot of free time in the weekend and refereeing came up and I thought it was an excellent idea to be apart of,” Amber said.

Hayley said the Taranaki Rugby Referees Association (TRRA) have looked after the twins once they attended their first training and development meeting in March.

“The referees association has helped us a lot with having Paul Williams come in and talk about what they know. The guys and girls around make it a lot of fun and they don’t rush us which is really comforting.”

Their first match was between two Under 15 restricted teams from Spotswood College and Hawera High School in a pre-season outing.

Amber said she had the hardest half to referee once she took over from her sister.

“The overall score is based on the second half and I was supported by family and some referees who came and gave me some tips.”

She said the players were ‘wonderful’ and enjoyed refereeing them.

“They had mistakes which usually were knock ons and coming in the side of the ruck, but overall, it was a pretty alright game.

“Even though I was freaking out the whole time,” she added.

Hayley realised she had more space compared to when she was playing.

She admitted there were some decisions the players didn’t agree with.

“But that’s just the way it is. The sideline was pretty nice to me and the boys on the field didn’t disrespect me, so that was really good to receive respect from them.”

Both want to continue to develop in refereeing and want to eventually referee higher grades.

Premier referee Trent Mischefski said he has been working with the girls and fellow young referee Masyn Austin outside of the weekly meetings.

He’s been taking the trio through basic whistle blowing, including different tones and lengths and assistant refereeing.

“As well as positioning and communication to players and helping them with the laws of the game,” he said.

TRRA chairman Ray Hopkinson applauded the twins for taking up refereeing and said new referees are needed every year.

“This is a great opportunity for Amber and Hayley and increase their rugby knowledge, skills and to progress up the ranks,” he said.