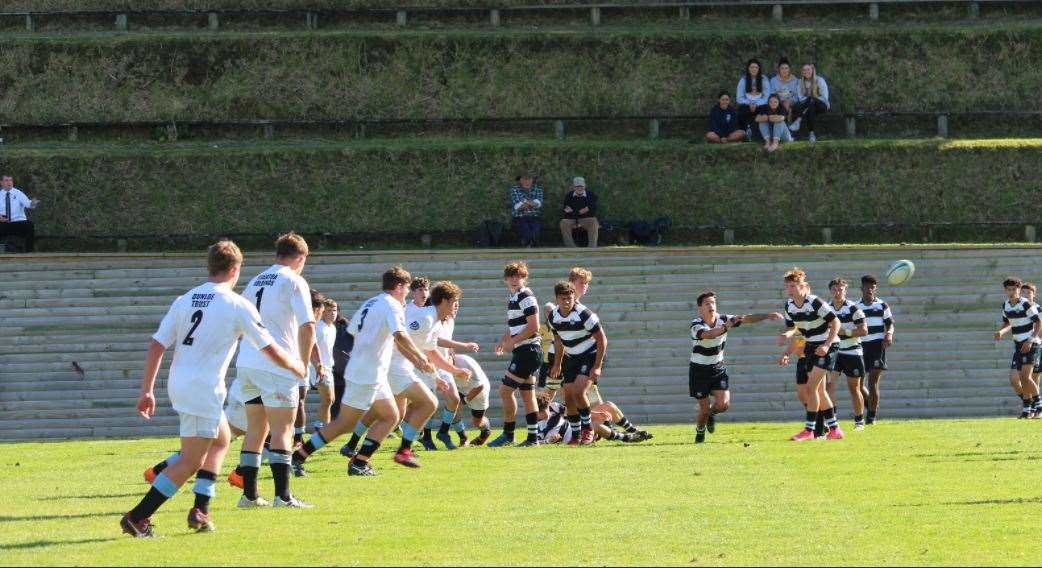 Inside his own 22m area, the rangy winger broke out of his own quarter and found space down the right-hand flank. A kick over the top of the defence found a hole and despite a chance from Whanganui wing Josh Brunger to capture the ball, it went McDonald’s way.

The bounce sat up beautifully into McDonald’s possession and was able to scamper untouched to score under the posts.

Topia Barrowcliffe’s conversion was missed, but New Plymouth managed to hold on to win its 80th win against its rivals.

The try was probably the most entertaining phase of the game after both teams failed to string phases together in the first half.

Time again, the teams were penalised heavily at the breakdown after they became isolated, an area where referees have been told to be quick at rewarding the defending team.

Both defensive efforts were strong and denied each team opportunities to score.

A failing for the visitors, captain Shaun O’Leary chose to scrum options rather than taking shots at goals after penalties. To his credit, Whanganui’s scrum did have the upper-hand.

New Plymouth opened its account early with a penalty kick off the boot of first-five eight Callum Tito, after missed an earlier attempt.

Whanganui got itself on the scoresheet with a pick and drive with Konrad Newland sliding under the defence. Captain and midfielder Shaun O’Leary slotted the extras to give the visiting team the lead.

New Plymouth repaid the favour with a Che Potaka try, who caught Whanganui off guard and scored.

Whanganui’s Waqa Waqaicece charged down a Tito kick inside his own goal line and scored to take the lead. O’Leary’s conversion was Whanganui’s final point scoring opportunity in the match.

A Lachlan Guthrie try in the corner along with McDonald’s efforts were enough to see the home team win.